The Pleiades are a dramatic open cluster of more than 1000 stars that is visible from anywhere in the world. It is dominated by several hot massive stars which are up to 1000 times brighter than the sun. Recently, a new technique was used to measure the brightness variations (‘light curves’) of the seven brightest stars in the Pleiades cluster. The results were surprising. Despite their similar masses and temperatures, they exhibit a wide range of variability. Six of them (Alcyone, Atlas, Electra, Merope, Taygeta, Pleione) are ‘slowly pulsating B stars’ which oscillate with complex sets of related frequencies. When converted into sound snd increasing their pitch by 25 octaves, these oscillations produce rich even harmonic, tones which are perceived as single notes. On the other hand, Maia’s light curve has a single, low frequency oscillation which is caused by a large chemical spot on the surface rotating in and out of view every 10 days. This produces a pure low tone, similar to the ‘808-style’ bass sound commonly heard in hip hop, which became the inspiration for our stellar composition.

Click below to hear the isolated light curve each star and here to learn about the history and bizarre mythology of this famous star cluster. 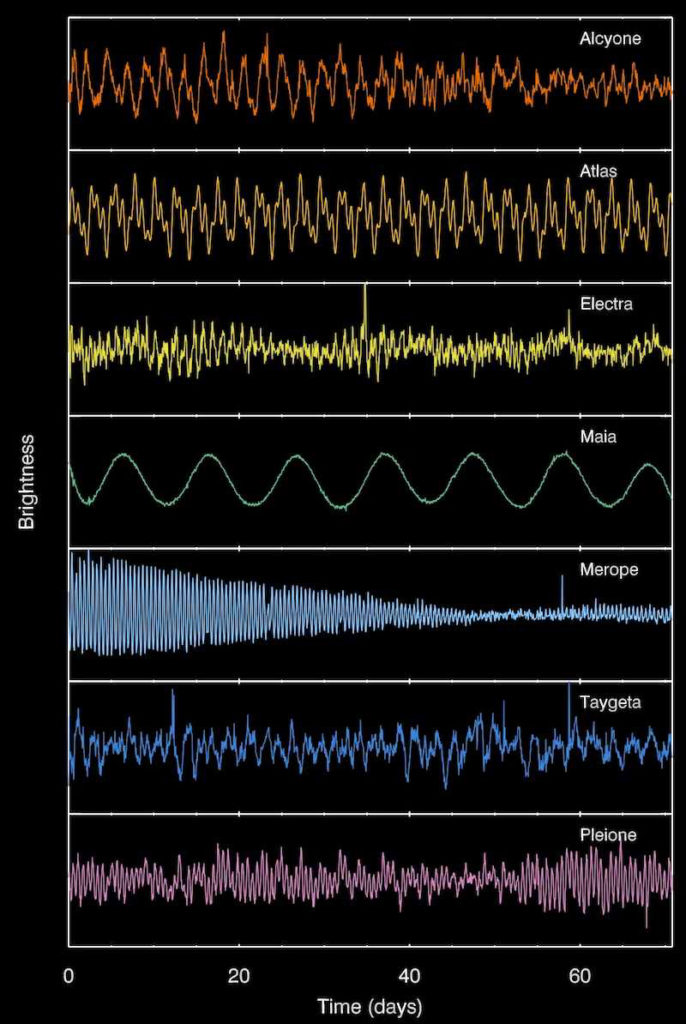 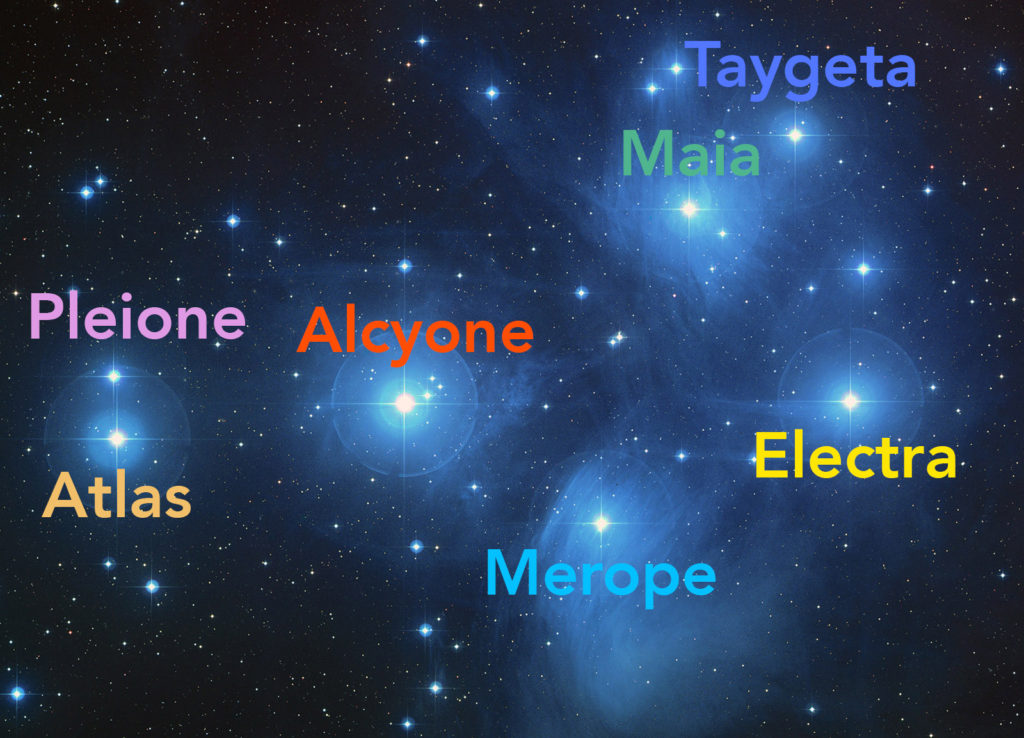 The image of the Pleiades and their famous reflection nebula can also be converted into sound by interpreting the image as spectrogram (a plot of frequency vs. time). We played the image forwards and then backwards after choosing a different frequency range. Individual stars are heard as brief tones or blips while the diffuse nebula produces a thick ghostly sound.